The Faculty of Law of the University of Malaga (UMA) hosted on July 1st the final meeting of the European project Erasmus + Clavet which Euroregion is one of the partners. 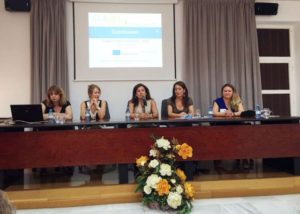 Partners from 8 EU countries have concluded the project led by the UMA has meant the launch of a virtual platform of good practices in education.

Selected under the first call for applications of “Erasmus+” (the new EU programme for education, training, youth and sports, aligned with the E2020 Strategy, running from 2014 to 2020), and framed within the so-called “Key Action – 2″ (KA2), sub-action “Strategic Partnerships”, the CLAVET project held its fourth and final transnational project meeting last June 30th.
Coordinated by the University of Malaga (UMA) Spain, under the supervision of Prof. Dr. Ana Salinas de Frias (Professor at the Faculty of Law, Departament of Political Sciences, Public International Law and Procedural Law) and managed by the International Relations and Cooperation Office, dependent of the Vice-Rectorate for International Affairs, the project has a duration of 2 years (01/09/2014-31/08/2016) and counts on partner institutions, local authorities and organizations from 8 countries, all of them with extensive experience in EU-funded projects: Internet Web Solutions SL, ES; IDP SAS Di Giancarlo Costantino (Italian Development Partners), IT; Institut de Haute Formation aux Politiques Communautaires ASBL, BE; Comune di Reggio Emilia, IT; Adriatic Ionian Euroregion, HR; Hassa Ilce Milli Egitim Nudurlugu, TR; Yeri Municipality, CY; Inspectoratul Scolar Judetean Dolj, RO; Municipality of Distomo – Arachova – Antikyra, GR.
As a continuation to the “Kick-off Meeting” held at UMA in February 2015, the Second Transnational Project Meeting held at Yeri Municipality, Cyprus, in September 2015, and the Third Transnational Project Meeting held in Pescara, Italy, hometown to IDP, in January 2016, the Fourth Transnational Project Meeting, held at the Faculty of Law at UMA, aimed at providing partners with an outlook of all project activities accomplished, while wrapping-up project technical, administrative and financial concerns.

The CLAVET project has as its main objective the development of an OER (“Open Educational Resources”) online platform to facilitate the structured cooperation among local authorities for the development of innovative education and training initiatives, in order to overcome the geographical barriers in the implementation of the European Higher Education and Vocational Training Area. The project has been running smoothly for almost 2 years now and all goals have been accomplished as planned. The website www.clavet.eu and the online platform are fully operational, and several best practice fiches have been elaborated, reviewed, translated into different languages and made available to the general public.
Also, a BPs browser has been implemented, allowing users to easily find fiches of their specific interest. The web platform backbone is now completed as well. Furthermore, project promotion has been (and continues to be) very intensive from the side of all partners, including the publication of project information on partners’ websites and social networks, press releases on news sites, videos on YouTube, promotional events, etc. Additionally, the project website has had, and is still having, a high number of monthly visits, increasing over the last months, as derived from web metrics indicators analyzed.
As a welcome addition, the so-called “CLAVET NETWORK” has also been founded, and associated partners are being invited to join the project, paving the way for networking and project sustainability in the long term. The network, constituted by key (external) stakeholders, may contribute in great manner to sustain, support, and further extend its outcomes and achievements beyond project lifespan, while consolidating a “core” of trustful partners that may be easily teamed-up and engaged in new joint endeavors and projects in the near future.

Following the meeting, the CLAVET Final Conference took place on July 1st at the same premises. In this case, the ultimate goal was that of disseminating the project outcomes to an audience composed of both local and international experts in the topic. In addition to project aspects, a number of presentations conducted by key speakers was delivered and followed by an enriching debate on the subject matters.

Sustainable Tourism in the Mediterranean region: a strategic driver for economic development that strengthens the resilience of the maritime and coastal ecosystems 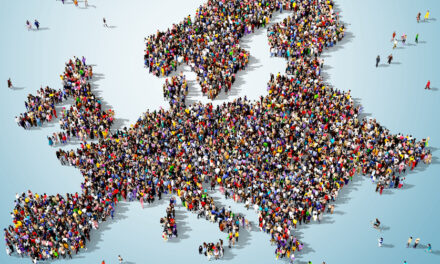 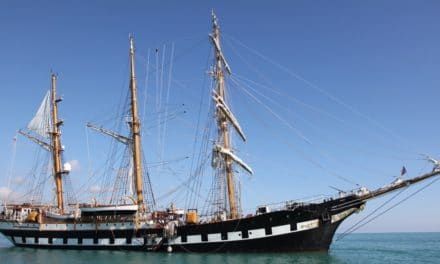 BLUEKEP project: Calls for technical and professional schools in the transport, logistics and nautical sectors have been launched!

Selection: Catering service for the BleuTourMed_C3 conference in Brussels, 9 October 2019