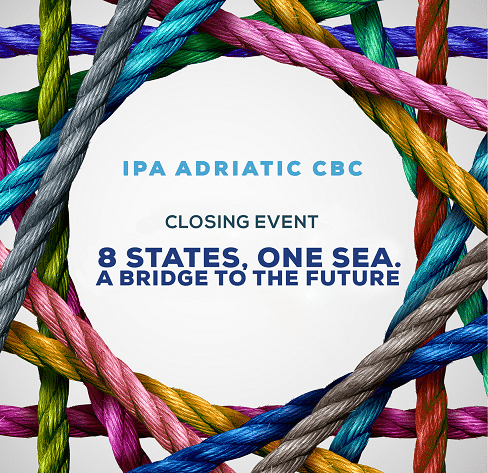 The final event of the 2007-2013 IPA Adriatic Cross-Border Cooperation Programme took place in L’Aquila at the Auditorium of the Scuola Ispettori e Sovrintendenti della Guardia di Finanza on 4 December 2017 with the participation of Antonio Tajani, as President of the European Parliament. 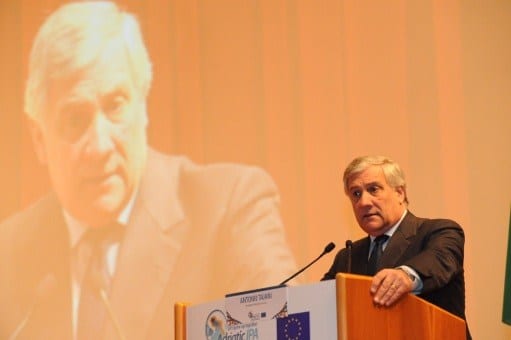 The event was hosted and organized by Abruzzo Region as Managing Authority of the CBC Programme.

The purpose of the event was to share with the highest institutional representatives at national, international level and with the pre-accession countries the final outcomes of the implementation phases of the IPA Adriatic CBC Programme, which has been the most important European Territorial Cooperation Programme in the Adriatic region with an allocation amounting to 244,000,000 Euros.

The event saw the participation of the two Vice-presidents of the Adriatic Ionian Euroregion: Aldrin Dalipi, President of Regional Council of Tirana and Luciano D’Alfonso, President of  Abruzzo Region as well as the AIE Secretary General Francesco Cocco. 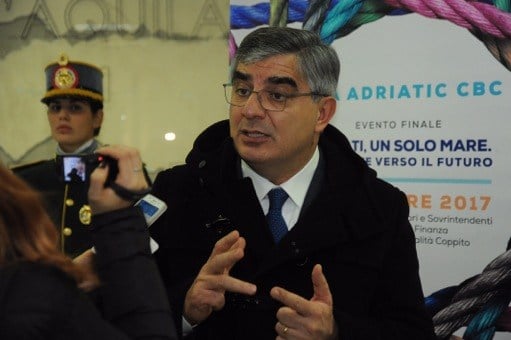 The technical address was provided by Paola Di Salvatore, as Managing Authority of the Programme. She presented the relevant steps and the impact of the CBC Programme and the complex process of pre-accession of the Balkan countries. She made an overview of the results achieved by implementing the first projects of the Adriatic-Ionian Strategy Action Plan, the adoption of measures and financial actions to prevent irregularities and fraud when using EU funds at the benefit of the EU budget. Ms. Salvatore underlined the need of a governance system to face the new challenges of the Adriatic-Ionian area.

After showing a short video of the address of MEP Cecile Kyenge, the following keynote speakers took the floor: the Italian member of the European Court of Justice Judge Ezio Perillo, the Secretary General of the Conference of Peripheral and Maritime Regions (CPRM) Eleni Marianou, the Principal Adviser to the Dean – Chamber V, European Court of Auditors Gabriele Cipriani, the Section Community and International Affairs Audit member at the Italian Court of Justice Carlo Mancinelli, and Divisional General, Commander of the Guardia di Finanza for the prevention of fraud against the EU funds – Italian Presidency of the Council of Ministers, Francesco Attardi.

The delegations from the countries participating in the Programme were represented by their highest institutional authorities: Ministry of Foreign Affairs of the Republic of Montenegro, Aleksandar Andrija Pejovic, the Ministry of the Interior of the Herzegovina-Neretva Region (Bosnia-Herzegovina) Sladan Bevanda, the Prime Minister of the Republic of SRPSKA Zeljka Cvijanovic, the President of the Regional Council of Tirana and Vice-President of the Adriatic Euro-region Aldrin Dalipi, the Mayor of Tirana Erion Veliaj.

Specific link of the news: IT version EN version 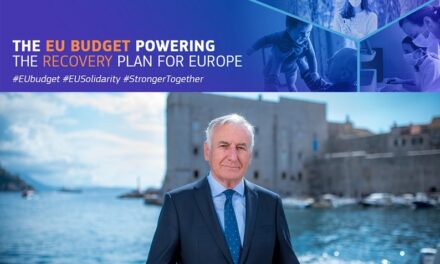 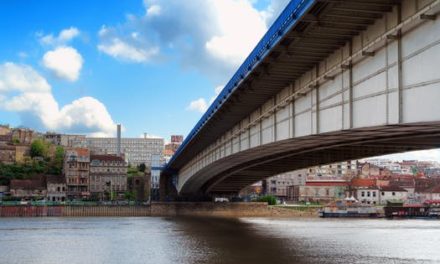 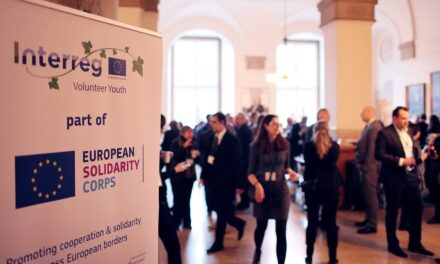