Two events related to the development policies of Adriatic-Ionian Euroregion took place in the morning of 8th May 2013 in Rijeka, Croatia. Determinant for the future organisation of the area and of relations between Euroregion’s partners, will be the upcoming events fixed during the Executive Committee. After the greetings of Primorje-Montana County President, Vidojie Vujic, who hosted the event, Michele Iorio, President of EAI, introduced the agenda items.

The Secretary General of  EAI, Francesco Cocco, reported about activities of the association. It was decided to organize, on the occasion of Croatia’s entry into the EU, an event that, in the presence of all the EAI Presidents, will mark this important step. In the summer, in fact, precisely on July the 1th, Croatia will officially enter in European Union. An important step, not only wanted by the Adriatic state, that has strongly fought to achieve this, but also by the Italian partner, who has always strongly supported this entry in Europe.

During the meeting, was agreed the appointment to renew Euroregion’s organs. Finally, it was shared by all the participants the idea of the establishment of an EGTC (European Grouping of Territorial Cooperation), which is considered an investment, in terms of organization, able to create synergies increasingly important and further growth prospects. Such a proposal will be instructed by Ivan Jacovcic, president of Istrian County and former president of EAI and Francesco Cocco, Secretary General of the association.

On May the 8th, took place also the meeting of Transport Committee, Chaired by Ljudevit Krpan of Primorje-Montana County. The focus was on development of infrastructures in the Adriatic-Ionian area, in order to facilitate the interconnection between the countries of the basin. The meeting was attended by representatives of the regions of EAI, Croatian ministry officials and local administrators operating in the area. 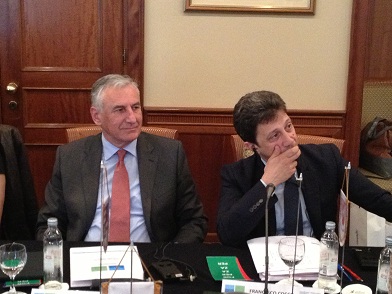 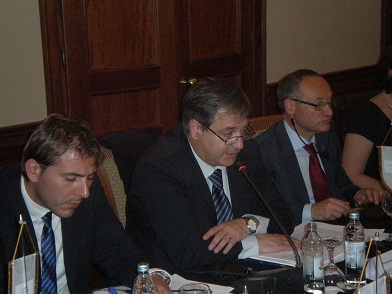 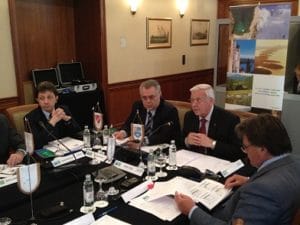