“DEFINING COMPETENCES AND SKILLS FOR PUBLIC MANAGERS IN THE ADRIATIC EUROREGION”

As an immediate follow-up to the contents of the Initiative for the creation of the Adriatic Strategy, planned for the 24th February 2010 in Brussels, the Molise Region will organize at his Brussels Office on 24, 25 and 26 February 2010, a training conference, entitled “Defining competences and skills for Public Managers in the Adriatic Euroregion”.


In order to play a key role to the identification of the common strategy for the Adriatic area, the Molise Region wishes to offer a platform to facilitate the sharing of good practices and experiences among the Members States of the European Union and those of the Adriatic basin, included Kosovo, Serbia and the Former Yugoslav Republic of Macedonia (FYRoM).

The aim of the training conference is to provide an opportunity to dialogue between the public administration representatives from each involved territory, including the Regional School of Public Administration (ReSPA).

The training conference will represent an opportunity to compare and debate on the need to identify and establish a mutual program for shared training of public managers from the Adriatic Euroregion.

The conference will aim to improve the territorial governance, as well as cultural integration and  the competences  across the whole Adriatic territories having the same cultural heritage.

The international meeting will focus the attention on two important thematic: to define the shared professional skills, establish the specific skills required of public managers. With a view to raising awareness on the importance of improving the cooperation between the Adriatic public administrations and to identify a scientific curriculum for the civil servants, based on the added value that can be obtained from enhanced cooperation among different partners and thus better training programmes.

The Molise Region wishes that the training conference will be an opportunity for the public administrations of the Adriatic area and also with the European Union Member States to exchange experiences and to define common action.

Opening of the Brussel’s Office of the ADRIATIC IONIAN EUROREGION 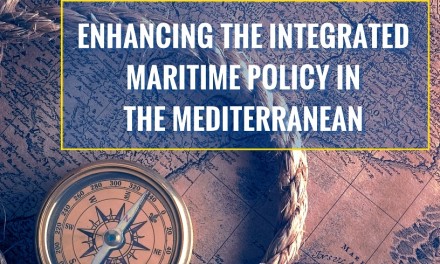 “Enhancing the integrated maritime policy in the MED area”